Living with an ICD: Exercise and playing sport

Can I exercise and play sport if I have an ICD?

This is one of the most frequently asked questions raised by people who have an ICD. The matter can be a confusing one. On one hand there is clear evidence that people with ICDs should avoid competitive, high-intensity sports. On the other hand, it’s important to remain active for your general heart health and wellbeing. Here are the current views on this important topic.

Current guidelines state people with an ICD should not participate in high-intensity, competitive sports. One of the first questions we need to answer is what defines “competitive sports”. The international guidelines for competitive athletes with a heart condition was set out by leading experts in 2004 in what is now know as the 36th Bethesda Conference. These guidelines define a competitive athlete as one who participates in an organised team or individual sport that mandates regular competition against others, places a high premium on excellence and achievement, and requires some form of systematic training. This includes sports played at high school, college/university and professional level.

The recommendation from these guidelines is that someone with an ICD should not compete in any sport higher than what they grade as a 1A classification (see table below), such as billiards, bowling, cricket, and golf. Some of the examples are popular US-based sports but they give you a good idea of the type of sports considered low, medium and high risk. 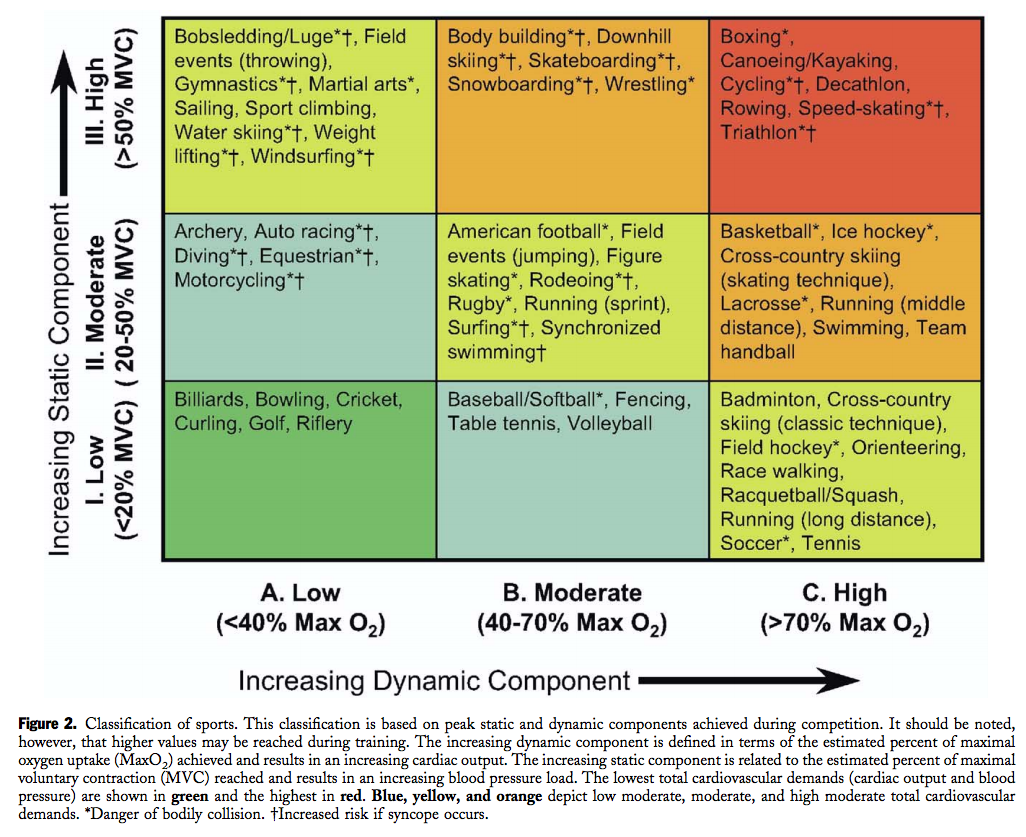 The 36th Bethesda Conference recommend people with ICDs should be discouraged from participation in most competitive sports. The risks include:

Recently published research suggests competitive sport may not be as dangerous as originally thought. There is mixed data surrounding the risks of a so called “adrenaline surge” with laboratory studies showing this can cause defibrillators to work less effectively in some instances. Another large ICD registry study (Lampert et al Circulation 2013) published earlier this year showed many patients can participate in competitive sports without physical injury or death from arrhythmias. Although this is a registry study (not a randomised control trial), the important outcome was that there were no deaths. Also there were more patients who received shocks during physical activity, however, there was no difference in the percentage of patients who received shocks in competition/practice compared to those who received shocks with other physical activity.

Overall, the 36th Bethesda conference guidelines state people with an ICD should not participate in competitive sports. We support these guidelines with a few additional comments: