Catecholaminergic polymorphic VT is an inherited arrhythmia that causes the heart to beat abnormally fast, known as ventricular tachycardia (VT), particularly during exercise. Adrenaline and noradrenaline are hormones in the body known as catecholamines. During times of stress such as exercise or emotional events, these catecholamines cause the heart to beat faster. People with CPVT are more likely to have an abnormal response to these stimuli, where their heart rate will become very fast (VT). If this abnormally fast heart rate does not correct itself, blood cannot be effectively pumped around the body and it can lead to dizziness, black-outs or even death. Children and young adults are more commonly affected, though it can be diagnosed at any age.

CPVT is difficult to detect at rest (when catecholamines are not stimulating the heart rate), so diagnosis will usually involve looking at the heart rhythm during exercise (exercise test) or over the course of a day (24 hour ECG, otherwise known as a Holter monitor).

How it is inherited

CPVT is generally inherited as an autosomal dominant disease (see section on Genetic Inheritance and Testing for more information). There are some families that pass on this condition as an autosomal recessive trait, which means both copies of the gene must have an alteration for the disease to occur (meaning both parents are asymptomatic carriers).

Genetic testing is available but not straightforward. A single gene called RyR2 has been identified to cause catecholaminergic polymorphic VT in about 50% of cases, but it is an extremely long gene making testing more difficult and expensive. One other gene called CASQ2 has been found to cause a rare recessive form of CPVT.

If you would like to find out more about how genetic testing may be useful in your family, please contact your nearest Cardiac Genetic Service.

Your cardiologist will decide what medications or treatments you may require. A common medication is:

Beta-blockers are very commonly used in the general population to treat high blood pressure. They are used in CPVT patients to slow the heart rate and reduce the effect of sudden exertion or excitement on the heart. As beta-blockers make the heart beat slower, it allows blood to completely fill the chambers before it is pumped out, leading to improved heart function. Examples include Metoprolol, Atenolol, and Nadolol.

Your risk of sudden death is also something that your cardiologist will assess. If your cardiologist believes you may be at increased risk of dying suddenly, an automatic implantable cardioverter-defibrillator (AICD) may be advised. This is a device (similar to a pacemaker) that is inserted in to the chest, with leads extending down in to the heart. The AICD monitors the hearts rhythm and if it becomes abnormal (the type of heart rate that occurs during a cardiac arrest), it will deliver an electric shock to revert the heart back to a normal rhythm. As your cardiologist determines your level of risk based on certain criteria, you should report any new symptoms to your cardiologist immediately, including black-outs or if a family member passes away unexpectedly.

Direct relatives of someone who has been diagnosed with CPVT should have their hearts checked by a cardiologist, which is known as Clinical Screening. Direct family members include children, brothers and sisters, and parents. As CPVT is an inherited heart condition, these family members are generally at a 1 in 2 (50%) risk of also carrying the gene and are termed at-risk relatives.

We rely on this information being passed on within a family, and would therefore ask you to encourage any at-risk relatives to arrange an appointment with a cardiologist. We know there is huge variability in the range of symptoms seen even within a family (with some family members having minimal symptoms, while others have the most serious outcomes such as sudden death). So even while an at-risk relative may feel healthy and well, it is possible they could have mild disease. If this was deemed to be the case, treatments would not necessarily be initiated in this relative, but we would then know his/her children are at-risk. Please talk to the coordinator of a Cardiac Genetic Service near you for more information or to organise a ‘heart check’.

CPVT is one of the diseases being investigated by the Registry. We aim to enrol every family in Australia with CPVT. Find out more about the Registry or enrol yourself or your family by emailing the Registry Coordinator. 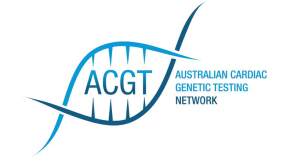